Choosing which materials to use in packaging is not easy. There are many considerations. In several projects in our history we have weighed up our options and the result has, so far, remained the same … glass wins out. The COSMOS organic standards have strict... 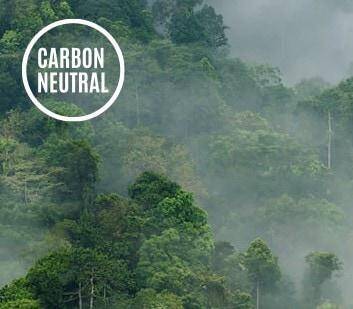 When we say that we’re carbon neutral, what do we mean? Since Esse started, we have fought hard to hold true to a few basic values. One of these values is that we should do whatever we can to improve the condition of the planet that we call home. There is no discord...

Dubbed ‘nature’s retinol’, it’s worth investigating the properties of this acclaimed plant-based ingredient and how to incorporate it into your skincare routine. The Bakuchiol used in skincare is extracted and purified from the seeds of Psoralea corylifolia, a legume...

Free delivery for orders over £20 Dismiss

Shopping Cart
There are no products in the cart!
Continue Shopping

Dubbed ‘nature’s retinol’, it’s worth investigating the properties of this acclaimed plant-based ingredient and how to incorporate it into your skincare routine. The Bakuchiol used in skincare is extracted and purified from the seeds of Psoralea corylifolia, a legume that grows wild in India and China. Care needs to be taken in the extraction process as Bakuchi, the crude oil from the seeds, contains photocarcinogens known as psoralens – compounds for which the plant was named. Bakuchiol makes up about 1.6% of Bakuchi oil. Esse uses a 99% pure Bakuchiol. Over the last few decades, retinol has become a go-to ingredient for anti-ageing results due its efficacy in addressing a number of ageing skin concerns. Its toxicity and side effects mean that it comes with some risks though. It is unstable in sunlight and can cause dryness and irritation on skin. The key advantage of using bakuchiol over retinol is that these side effects are absent and it is photostable, so can be safely used during the day without risk of instability or toxicity. Anti-ageing action of Bakuchiol Based on new studies, there is no statistical difference in improved wrinkle depth when comparing bakuchiol and retinol, with both ingredients tested at 0.5%. The same can be said for improvement in hyperpigmentation associated with ageing. As added benefits, bakuchiol reduces redness and skin roughness – both side effects often associated with the use of retinol. Bakuchiol has also been shown to protect mitochondrial functions against oxidative stress and also to increase ATP synthesis, which releases more energy for cells. Matrix Metalloproteases (MMPs) play a major role in collagen degradation and bakuchiol is far superior to retinol at inhibiting these. Inflammation regulation  Bakuchiol’s ability to mitigate inflammation is key to both its anti-ageing and anti-acne activity. From an ageing perspective, chronic inflammation eventually exhausts the body’s defense system, resulting in collagen and elastin degradation and the collapse of barrier function. Bakuchiol downregulates many pro-inflammatory genes in skin cells to reduce inflammation. An interesting side-note … at high concentrations retinol stimulates inflammatory genes but this effect is not seen with the use of bakuchiol. All in all, Bakuchiol is an ingredient Esse is excited to include in the Resurrect Serum, a launch that has been formulated to actively address ageing in sensitive skin.
YOUR CART
 SELECT COUNTRY